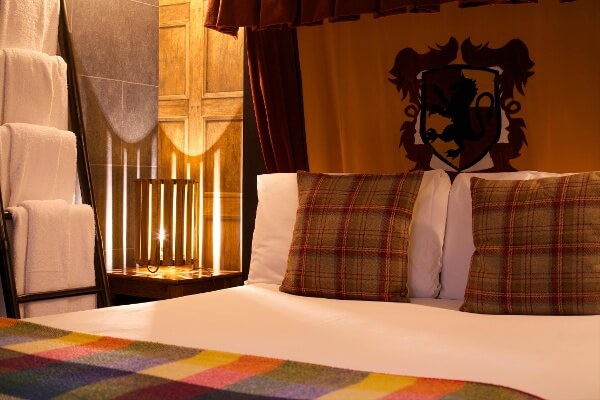 It’s been 15 years since the release of the first movie, Harry Potter and the Philosopher’s Stone. Feel old yet? As hard as it is to believe that it’s been so long since Harry, Ron and Hermione met on the Hogwarts Express with no idea what adventures were ahead of them, Warner Brothers are not letting the anniversary go unnoticed. The Studio Tour based in Leavesden is not only celebrating the notable event, but also preparing for the winter season with all your favourite festivities and themed activities alongside hosting special screenings of the newly released film, Fantastic Beasts and Where to Find Them. Here’s what they’re getting up to this season!

15th anniversary of Harry Potter and the Philosopher’s Stone

We simply can’t go without celebrating the 15-year anniversary of the first ever magical movie that transported us all into a whole new world, whilst still in our cinema seats with a box of popcorn. Until the 4th November, see the original props and features as voted by fans on social-media that are the most memorable and take a wander around the iconic settings that left us breathless behind the screen. The favourite props from 15 years ago are appearing back at the Studio Tour, such as the famous Sorting Hat and Hagrid’s costume as well as the opportunity to gaze around the Great Hall and take a peek into the Dursley’s House on Privet Drive. The Great Hall will be dressed for the occasion, with all the long tables filled with the first movie Halloween feast and you may spot the suspicious Professor Quirrell watching over somewhere in the hall. Finally, to remember the beginning of the Quidditch phenomenon, stand next to your broomstick and shut ‘UP’ and watch it shoot up from the floor into your hand ready to fly! Of course, this is a digital effect, but it was chosen as a fan favourite.

Hogwarts in the snow

It’s that time of year again! We can all admit that the winter season makes the Studio Tour that little bit more magical and this year is set to impress yet again. Christmas time at Hogwarts means Christmas trees lining the Great Hall, the Gryffindor Common Room all warm and cosy for the season and of course, the exquisite model of the castle will be delightfully sprinkled over with crystal white snow. You’ll notice all the tiny magical details that give the sets the Christmassy feel, such as the wreaths, baubles and of course the Great Hall’s famous long tables will be displaying its mouth-watering winter feast with roast turkeys and even Christmas puddings! Hand-made Christmas cards by some of the cast will be propped up in the Common Room and you’ll get to discover how the iconic snowy setting of the Christmassy castle was created. Touch the different types of snow used during filming and learn how some were light and fluffy and how others crunched under foot. Starting from the 19th November, it’s due to be another incredible season at Hogwarts that’s not to be missed, so be sure to grab your tickets and experience the magic that we all know and love.

Dinner in the Great Hall this Christmas

What’s your idea of the ultimate Christmas Dinner? If the Studio Tour can’t get any better this winter than what we’ve already mentioned, get ready for this. Step through the doors of the Great Hall as a special guest, greeted with drinks and canapes before gazing open-mouthed upon the fascinating festive decoration that has transformed the set. Take your seat and enjoy two Christmas courses from the festive menu before exploring the entire Studio Tour and working up an appetite for dessert which will be served on the set of Platform 9 ¾ while you wander up and down the original Hogwarts Express. All this and MUCH more awaits this Christmas at the Studio Tour, what a great work party this would make right?

It doesn’t end there…

Of course, you will have heard that the brand new Fantastic Beasts and Where to Find them has finally been released into cinemas and we are all super excited to also hear that more is to come from JK Rowling! Harry Potter and the Cursed Child is in full swing in theatres too, so London is truly living the magic right now. Get your tickets to see the new film or play, or even check out the different walking/bus tours that explore the parts of London that the film franchised was shot. And of course, saving the best until last, our Wizard Chambers are ready to complete the experience and let you tuck yourself and your loved ones into a comfortable poster bed, like a real wizard dormitory! Wake up to our wizard themed breakfast with a choice from the Forbidden Feast and Toffeedukes Pancakes, guaranteed to complete your transformation from muggle to wizard! Find out more about the spellbinding Wizard Chambers today…

Sign up to hear the latest news and events