Warner Brothers Studio Tour - Go behind the scenes of the Harry Potter phenomenon! 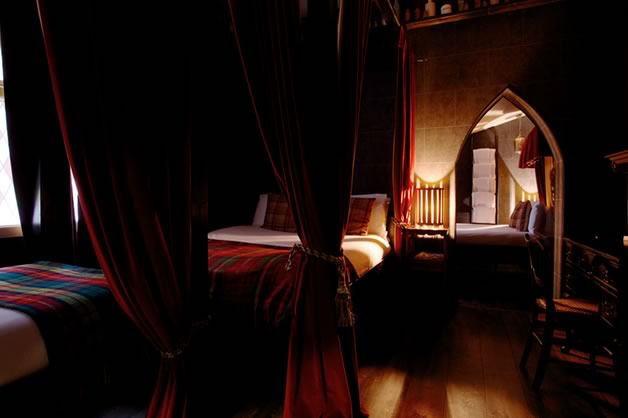 Just as a quick initial thought for those of you that are now aged 21: Harry Potter and the Philosopher’s Stone was released into cinemas… when you were 7. Scary how time flies! Many fans from this generation have grown up with the enchanting novels and films as part of their childhood and it is safe to say that they were simply the best, without question. Since the release of the first movie back in 2001 (yes, that long ago), the magic of the world famous Harry Potter film series lives on, thanks to the fantastic development of the Warner Bros. Studio Tour London.

Once the final film sadly came to an end (admit it, it took a while to come to terms with this), the production crew decided to preserve the detailed props, sets and costumes in order to showcase them as an opportunity for fans to experience first-hand the behind the scenes action. With a chance to explore original film settings, witness spectacular special effects and sip on a butterbeer, the tour is guaranteed to blow your mind as you are sent whirling into the world of wizardry. Main attractions firstly include the recently introduced set where all the magic began. Remember the scene where an anxious-looking Harry sprints directly at a wall and is transported to where his ride to Hogwarts awaited? A 20,000ft expansion was completed back in March to include an uncanny recreation of the notorious Platform 9 ¾ with the original Hogwarts Express steam engine train, ready to board. Visitors can pose for a picture with a luggage trolley disappearing through the wall, discover the on-board carriages and browse Hogwarts Express inspired goodies in the platform souvenir shop.

Other famous sets that will bring all the magical memories back for you include a stroll down Diagon Alley, which guests can wander into Ollivanders wand shop, Weasley’s Wizard Wheezes with a 20ft high mannequin towering above the entrance and also Mr. Mulpeppers Apothecary where a fascinating collection of jars and cauldrons can be discovered. Additionally, you can have a nose around Professor Dumbledore’s office which was first built for The Chamber of Secrets and frequently plays a role throughout the series, alongside exploring the Gryffindor Common Room. If you are interested in the spectacular special effects, take a look in the Creature Effects Department where more than 200 creatures including goblins, house-elves and a certain giant spider were created and available to get up close to. While you’re at it, learn some more about how visual effect techniques were used on sets, such as the entrance to the Chamber of Secrets, the Great Hall and the Weasley’s Kitchen.

Ever dreamed of dining in the Great Hall like Harry and friends did back in the first movie? Exclusive packages at the studios are available for corporate events, award ceremonies and dinners where your guests can experience banqueting in the authentic setting of the heart of Hogwarts. If you are visiting as a large group of Potter-heads, there is a spellbinding offer to enjoy lunch or afternoon tea at the Studio Café or Terrace with delicious treats to indulge on, such as scones, sandwiches and butterbeer as well as a green screen broomstick photo, which is a must, no matter how old you are. Download the brochures for more information on these excellent deals from the official tour website.

All this and so much more awaits at the Warner Bros. Studio Tour and is a fantastic opportunity for any Potter fan that wants to re-live the timeless stories. The wizard-themed bus departs from London Victoria Station just minutes from our front door. Remember, to complete your all-things magic experience, check out our Wizard Chambers webpage or Facebook page and find out how you can sleep in the most mysteriously atmospheric hotel rooms you will have ever stayed in! The Wizard Chambers and the new Enchanted Chambers are designed to immerse guests into another world with many small magical details to enhance the ambiance, so why not go all out? Surprise a loved one this summer and you will be guaranteed an unforgettable experience.

Please note: The Wizard Chambers and The Enchanted Chambers at the Georgian House provide a unique magical experience, and are not part of the Warner Bros official tour and have not been endorsed, sanctioned or in any other way supported, directly or indirectly by Warner Bros. Entertainment, the Harry Potter book publishers or J.K.Rowling and her representatives.

Sign up to hear the latest news and events